Clair’s prospects get a boost 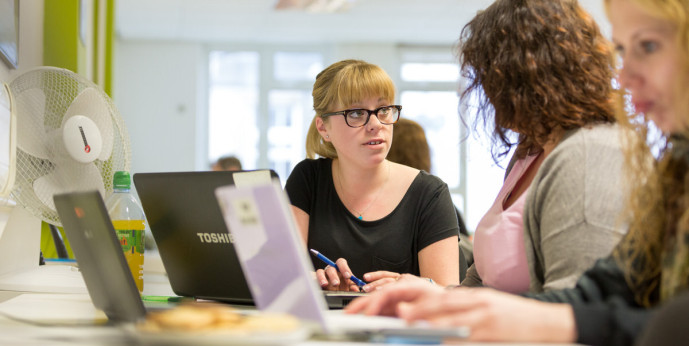 When Clair was referred to Pinnacle, she was a part of the ESA work-related activity group and was struggling with some personal issues at home. Clair is a mother of 3 who had been out of work for some time and without realising it had seen a decrease in her self-confidence.

Clair had participated in the work programme and was receiving support from her Coaches within Pinnacle People for a period for about 6 months before things started to change. Clair was selected for an interview for an administrative role contributing to the provision of a self-employment contract within Pinnacle People. Clair had expressed some anxiety about the interview process as she hadn’t attended an interview for over 15 years.  Her Coaches within Pinnacle offered her support to ensure she could prepare appropriately and provide the confidence boost needed to convince Clair she was more than capable of performing the role.

Clair was successful in her application and saw her confidence grow exponentially as she attended the induction and training for the new role. Clair picked up the role quickly and before long became somewhat of a team leader offering guidance to others within the team. Clair was also asked to conduct a slightly different role which included much more attention to detail and a certain level of additional responsibility demonstrating the confidence that the employer had in Clair’s abilities.

The contract that Clair was working on was temporary and as the end date loomed, Clair began to feel the anxiety once more of being unemployed and losing the routine she had secured.

Pinnacle People continued to support Clair and assisted with applications for other roles in the meantime to enable a smooth transition. Clair attended an interview for a local care home for a Contract that was managed as part of the Pinnacle Group structure.

Clair felt confident about the role and the fact that it was a 5-minute walk from her home made the role extremely convenient for her to manage her work/life balance. Clair was successful once again and remains in employment with Pinnacle PSG. Clair is enjoying her employment, the routine it offers and has seen a return of confidence and a boost in self-esteem.

Pinnacle People continue to support Clair while she is in post to ensure she can sustain the work she enjoys.